Global online sales have grown with 11 percent in Q3 2021. This is a higher growth than in the previous quarter, when online sales grew 2 percent. However, compared to the same time last year, it’s visible that ecommerce is slowing down. The European amount of sales seems to be returning to pre-pandemic levels. 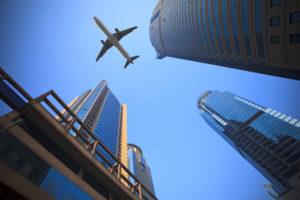 the modern building of the lujiazui financial centre in shanghai china.

Globally, it seems that online stores have reached sales growth as before the pandemic. The year-on-year growth reached 11 percent in Q3, while last year that growth was 63 percent in that same period. These data are published in the new Salesforce Q3 Shopping Index.

Ecommerce in Eastern Europe grew faster than other European countries.

Ecommerce in Eastern Europe is growing faster than the global average, this quarter it achieved a 40 percent growth compared to the same quarter last year. The UK reached a growth of 20 percent, the Netherlands reached 18 percent and Italy 15 percent.

Higher conversion rates in the UK and the Netherlands

The global conversion rate was 2.4 percent in Q3.

Germany and Belgium scored the global average, while Eastern Europe scored just below with 2.2 percent. France reached 1.4 percent, while Spain and Italy both reached 1.2 percent. This means that less visitors are willing to place an order in these countries.

While Belgian online stores reach the global average on conversion rates, their cart abandonment rate is lower than the global average. On computer, Belgian stores reached an abandoned cart rate of 66 percent, while the global percentage was 77 percent. On tablet, the rate is also lower (74 percent) when compared to the global rate (81 percent). Belgian online sellers on mobile devices have an abandoned cart rate of 83 percent, which is also lower than the global rate (86 percent).